Michael Buble: 'I Was A Jerk To Ex Emily Blunt'

Singer Michael Buble Has Opened Up About His Heartbreaking Split From Actress Emily Blunt, Confessing He Was "A Jerk" For Cheating On Her. 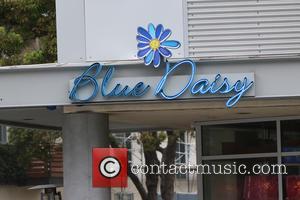 The Canadian star, who is now married to Argentinian actress Luisana Lopilato, admits his three-year romance with the Into the Woods star fell apart after photos of him in another woman's bed surfaced.

In a new interview with news show eTalk, Buble says, "I was a jerk and I was careless and reckless with the hearts of women I was with. And I got my karma. I earned it.

"I got my butt and heart kicked and it hurt me enough that I looked in the mirror and I didn't want it to happen again. If I wanted to be a happy guy and really fall in love, I would have to love myself... It's so cringy how I acted."

He adds, "I think the experience of the heartbreak... I learned about myself, I got closer to being spiritual and learned to be in the moment and realise how short life is. It changed everything - the way I was with my family, the way I treated women, how I was on stage."

Buble wed Lopilato in 2011 and the couple have since welcomed a son, called Noah.

And the singer admits his little boy makes him think twice before he does or says anything: "Before I do something or say something stupid I try to think how he'll feel about that when he's old enough to read or see it. And there's things I've done in the past and it's too late, but I can try and make sure I keep that in mind."