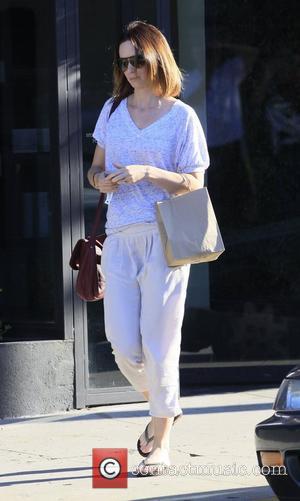 Actress Emily Blunt is plucking up the courage to sit down and watch her movie debut in 2004 film My Summer Of Love with her husband John Krasinski - because it features scenes of her naked and kissing another woman.
Krasinski recalled seeing his wife-to-be in the Pawel Pawlikowski movie when they first met, and he has been keen to see the racy film again ever since.
Blunt tells Entertainment Weekly magazine, "When we met, he thought the first thing he had seen me in was The Devil Wears Prada. But then he remembered that he had seen this (film), and he said, 'That was you, wasn't it? I loved that movie'... My husband wants to see it again."
But the actress insists she's not ashamed of her performance opposite Natalie Press: "It's kind of a drag when you know that your boobs are all over the internet, but I felt in really safe hands with Pawel Pawlikowski, who I do believe is one of the greatest filmmakers."