Emily Blunt has revealed that she'd love to do an action film and perform her own stunts including hanging from a building. 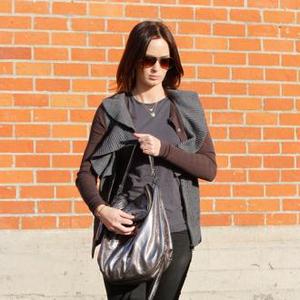 Emily Blunt would love to do an action film and perform her own stunts.

The 'Devil Wears Prada' actress has appeared in a number of movies ranging from sci-fi thrillers to comedies, but admits that she would love to try her hand at something more ''actiony.''

She told Total Film magazine: ''The only thing I haven't done is hang from a building, which I'd quite like to do at some point. Or some wire work - something more actiony.''

Emily may be granted her wish as she is in talks to star as a soldier opposite Tom Cruise in alien thriller, 'All You Need Is Kill.'

However, Emily revealed she is ready to take a break from acting.

She said: ''Now that I've been doing it for a long time I don't have the desire to be on a film set all the time. I've already got three-movies coming out this year and I feel already that it's a Blunt overload.

''As Marlon Brando said, you've only got so many faces, so don't run out too quick.''