Emily Blunt has teamed up with her husband John Krasinski for 'Animal Crackers' with the movie's co-director Scott Christain Sava labelling them perfect for the roles. 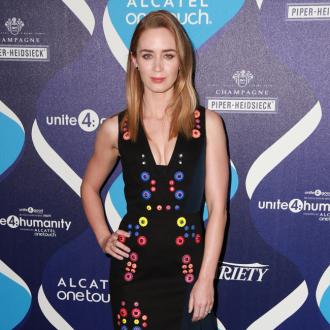 Emily Blunt has teamed up with her husband John Krasinski for 'Animal Crackers'.

The 'Into The Woods' actress and her 35-year-old hubby will both lend their voices to the new cartoon.

The couple - who have a 13-month-old daughter, Hazel, together - have joined the star studded cast alongside Ian McKellen, Danny DeVito and Sylvester Stallone.

Emily, 32, and 'The Office' star will play on-screen couple Zoe and Owen Huntington who inherit a circus and find themselves transformed into various creatures after consuming animal-shaped biscuits.

News the pair were to appear in the animation was announced by the film's co-directors Scott Christain Sava and Tony Bancroft, who believe the couple are perfect for the roles.

Sava told Screen International: ''When Emily and John came in and performed their first scenes of the movie together... It was magic.

''I can think of no other way of describing what they brought to the film. We had to literally go back and re-storyboard the sequences because they took us to places we never dreamed. Owen and Zoe came to life when Emily and John spoke.''

Harvey Fierstein, Patrick Warburton, Tara Strong and Lydia Taylor also star in the movie which is set to hit cinemas next year.