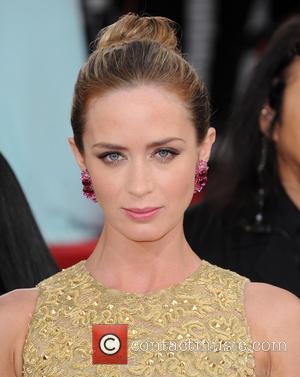 Mother-to-be Emily Blunt has thrown a star-studded baby shower ahead of becoming a first-time mum.

The Devil Wears Prada actress is weeks away from welcoming a tot with actor husband John Krasinski, and her celebrity friends attended a special party ahead of the big day.

The couple opened up their Los Angeles, California home on Saturday (14Dec13) as their pals Jennifer Aniston, her fiance Justin Theroux, and Kristen Bell were spotted arriving at the bash.

Blunt and Krasinki, who have been married since 2010, confirmed the pregnancy in September (13).