Blunt details how acting saw her overcome a stutter

Emily Blunt, the star of the upcoming sci-fi epic, Edge of Tomorrow starring Tom Cruise, has detailed how acting – being ‘someone else’ helped her overcome her stutter. It was a teacher who suggested it, and the British actress has never looked back since. 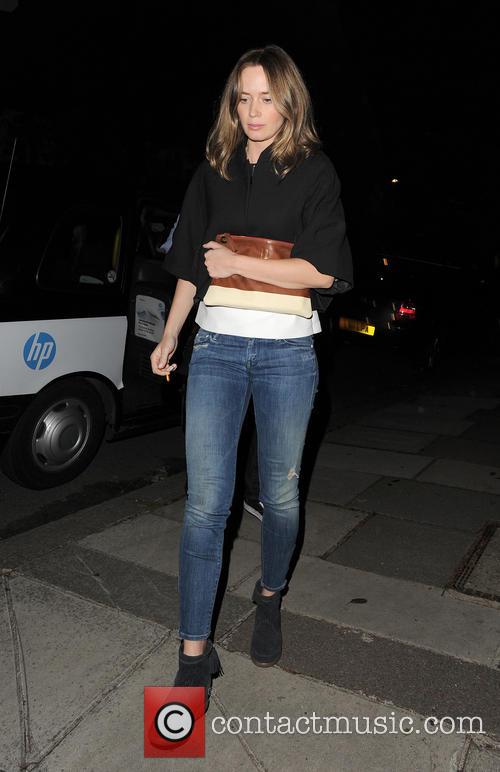 Emily Blunt says being someone else helped her overcome her stutter

"It was the most intuitive thing, and he was right: the only way I could speak fluently was to be someone else,” she explained to The Sunday Telegraph's Stella magazine. "It alienates you in some ways if you have trouble communicating. It wasn't that I got bullied horribly about it, although kids definitely had a go sometimes.” But that’s not to say she’s 100% cured; "It comes back if I'm tired or stressed," she explained.

Critics Happy To Live, Die And Repeat As 'Edge Of Tomorrow' Scores High

Blunt has spoken at length before about her “bad stuttering problem” as a child. “I'd try to push the words out, but it was frustrating. My parents took me to speech coaches and relaxation coaches. It didn't work. Then one of my teachers at school had a brilliant idea and said, 'Why don't you speak in an accent in our school play?' I distanced myself from me through this character, and it was so freeing that my stuttering stopped when I was onstage. It was really a miracle,” she explained to W Magazine, via Stutteringhelp.org.

Blunt stars aloneside Cruise in Edge of Tomorrow, which is set to be released on May 30 in The U.K and June 6 in The U.S. "We laughed a lot. That's the wonderful thing about Tom: he doesn't take himself that seriously and he is very self-effacing,” she said of her co-star. "He couldn't care less what people think about him - that's quite refreshing."