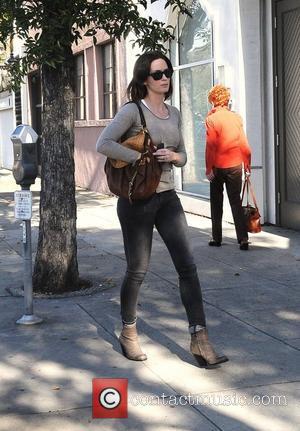 Actress Emily Blunt has vowed never to try fly-fishing again after accidentally hooking Ewan McGregor's dog on her first attempt.
The Devil Wears Prada beauty stars in new movie Salmon Fishing in the Yemen with MCGregor and Amr Waked, and the two male actors had to learn all about the hobby for the comedy drama.
They invited Blunt to join in the fun during a break from filming, but she ended up catching the hook on MCGregor's pooch instead.
She explains, "I didn't really learn but they encouraged me to try it one day, which went really badly.
"We were staying in this amazing castle in Scotland... and there's a pond at the bottom of the lawn and they were practising and they were like, 'Do you want to have a go?' and I was like, 'Sure', and so I went down there and Ewan has this really sweet little dog called Sid, who looks like a little lamb, and this dog goes everywhere with him (MCGregor).
"On my first cast, I hooked his dog and almost launched this animal into the pond. It's a haunting sound, that of an animal in pain, that you've inflicted, and yeah, it was bad so I didn't decide to continue. That was the first and last time."
But Blunt has assured animal lovers Sid has fully recovered from the horrifying experience, adding, "The dog's fine though!"