The 'Sicario' star is pregnant with her second child, a younger sibling for 23 month old daughter Hazel.

Emily Blunt is expecting her second child with her husband, John Krasinski, her representative has confirmed.

The 32 year old British-born actress, who married her actor husband in Italy in 2010, gave birth to their daughter Hazel back in February 2014. A rep for her confirmed the pregnancy news to Us Weekly on Tuesday (January 26th).

Blunt is currently in New York City on the set of her new movie The Girl on the Train, adapted from Paula Hawkins’ best-selling novel of the same name. She was spotted wearing a rather large overcoat last week, triggering rumours that she might be expecting once again. 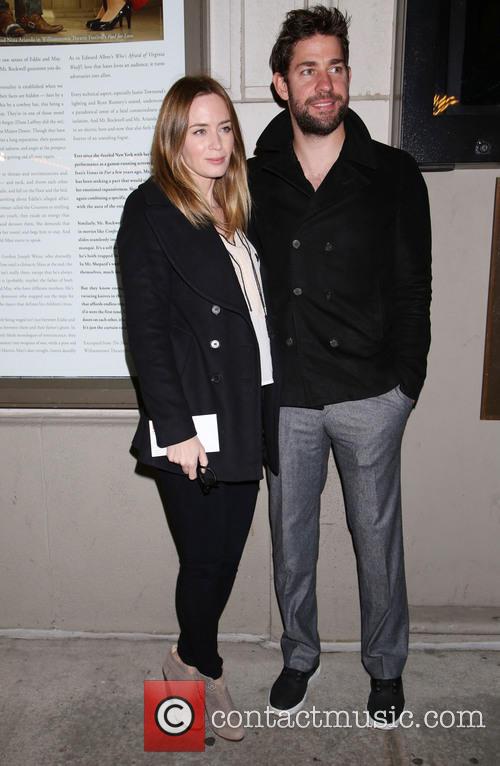 Emily Blunt and John Krasinski, pictured in October 2015, are expecting their second child

Krasinski is busy promoting his new film The Hollars at the Sundance Film Festival in Utah, and were both seen together back on January 12th as they attended the premiere of 13 Hours: The Secret Soldiers of Benghazi in Texas.

More: Emily Blunt reveals she became a US citizen ‘mainly for tax reasons’

“Hopefully one day we will!” Krasinski, 36, told Entertainment Tonight in August about the possibility of having more children. “One day, I don’t know when. We’ve got to give her [Hazel] some competition at some point.”

While he enjoyed parenthood immensely, the ‘Office’ star also recently admitted to feeling nervous at the prospect after his daughter was born, saying that he experienced a brief “existential crisis”. “I went through some really serious stuff,” he told People last week, “there is a mirror that is held up to me now. You have someone watching you. You have to lead by example.”

However, he puts the rave reviews for his performance in The Hollars, in which he plays a father-to-be whose mother falls ill, down to his daughter. “I had my daughter in February and then we shot the movie that April. Those months changed my life. They are the reason the movie is what it is.”