Emily Blunt On Life In Los Angeles: What's Not To Love? 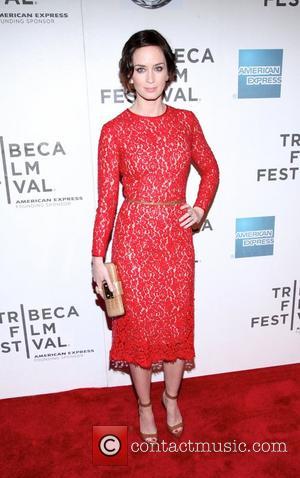 Emily Blunt, the British actress currently starring alongside Jason Segel in 'The Five Year Engagement', says she's loving life in Los Angeles after moving there from England three years ago. The actress moved into a house near the Chateau Marmont in Hollywood with her husband John Krasinski.
Speaking to the Los Angeles Times, Blunt explained, "I love L.A. What's not to love? I think everyone feels that they shouldn't like it - that they should be living somewhere more culturally vibrant... But I still think it's pretty cool. The weather's great, we have a nice house, and with work, I think it's a good thing". The actress first caught the attention of moviegoers in 2006, playing Meryl Streep's assistant in 'The Devil Wears Prada', though she's since taken the lead in movies like 'The Young Victoria' and stars opposite Ewan McGregor in 'Salmon Fishing in the Yemen'. Blunt makes her first real foray into comedy in Judd Apatow's 'The Five Year Engagement', though she resisted the genre for years out of fear of playing the "the pill girlfriend", saying, "I was so sick to death of reading scripts where the girl's like, the pill girlfriend who just sits at home wearing hot pants being like, 'Oh, honey, you're so weird!' and the guy is having these amazing comedic moments".
'Engagement' was expected to be No.1 at the U.S. box-office following its debut this weekend, though it took a disappointing $11.2 million and was only vying for third spot with 'Pirates', behind 'Think Like a Man' and 'The Lucky One'.