Blunt spoke about her role in 'The Girl On the Train', and what it taught her about double-standards regarding gender portrayals in the film industry.

Ahead of the release of her new movie The Girl On the Train, adapted from Paula Hawkins’ massive-selling blockbuster novel, Emily Blunt has discussed the double standards she believes exist in Hollywood when it comes to how men and woman are portrayed.

“With so many movies, women are held to what a man considers a feminine ideal,” says Blunt to The Hollywood Reporter. “You have to be pretty. You have to be 'likable,' which is my least favourite word in the industry. Rachel isn't 'likeable.' What does that mean? To be witty and pretty and hold it together and be there for the guy? And he can just be a total drip?” 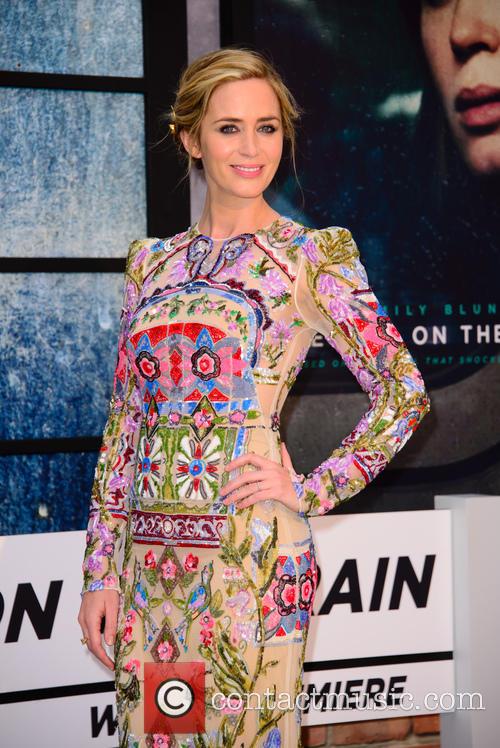 Emily Blunt at 'The Girl On the Train' premiere

However, the 33 year old actress also believes this permeates into wider society – the concept of what women can be doesn’t begin and end with the film industry.

“A woman is a drunk, a whore, whereas the guy’s like a partier, a player. I’ve been around both women who drink too much and guys who drink too much and it’s just as ugly on the guys. It makes me crazy. I don’t think that women should be seen as any less sexual than a guy. And maybe she doesn’t want to settle down, and that’s OK. And maybe she doesn’t want a kid, and that’s okay. And she’s just happy playing the field. There’s so much judgment with women.”

More: Emily Blunt attacks “mummy cult” at ‘The Girl On The Train’ premiere

In The Girl On the Train, released on October 5th in the UK then two days later in the States, Blunt plays Rachel Watson, an alcoholic who’s become deeply depressed after a failed IVF cycle and whose husband has left her. She witnesses (or thinks she witnesses) a crime from a train window, and the plot unfurls from there.

“I think there’s a voyeuristic tendency in all of us, to varying degrees,” Blunt said in a separate interview with The Guardian.

Asked about the generally unglamorous character she portrays and whether she was concerned about not looking glamorous, Blunt replied that she felt the total opposite.

“I was so liberated by it… we went all the way, in every aspect that we could, of trying to make her look like an alcoholic. That’s not the same as rough, I think there’s a lot of people who can hold it together, and I think she was one of these girls who could hold it together for a long time, and that excess and consumption does start to show.”