Emily Blunt Not Ready For Children

Emily Blunt is in no rush to have children with her new husband John Krasinski - because she is completely focused on her career. 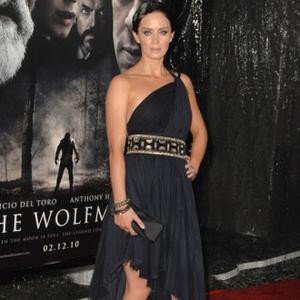 Emily Blunt isn't ready to have children yet.

The British actress, who married 'The Office' actor John Krasinski in July, doesn't want to follow in the footsteps of her mother who gave up acting to have a family.

The 'Gulliver's Travels' star - who has three siblings - said: "I come from a big family and I've always wanted children, but not quite yet. Yes, mum gave up her career, but it's a different age now."

She added: "I'm lucky in that, hopefully, I will have established myself more than my mum was able to before she had children. I think it will be easier for me. But, honestly, I don't know what I'm going to feel until it happens."

Although she isn't ready to have her own children, the 27-year-old actress wishes she was able to see more of her own family, especially her parents Joanna and Oliver.

She told Australia's Daily Telegraph newspaper: "I miss being able to nip out and see a play with mum, or meet my dad after work. That was always fun; he'd come out of court and we'd go for a drink.

"I've been nomadic for some time, so I'm accustomed to being away, but I still miss everybody."