It's certainly a gift to the rest of the world.

Emily Blunt opens up about being the latest actress to play the world's favourite nanny in the forthcoming Disney blockbuster 'Mary Poppins Returns'. She believes that landing the part is 'a gift' to her own children, and she's eager to start rehearsals this Fall. 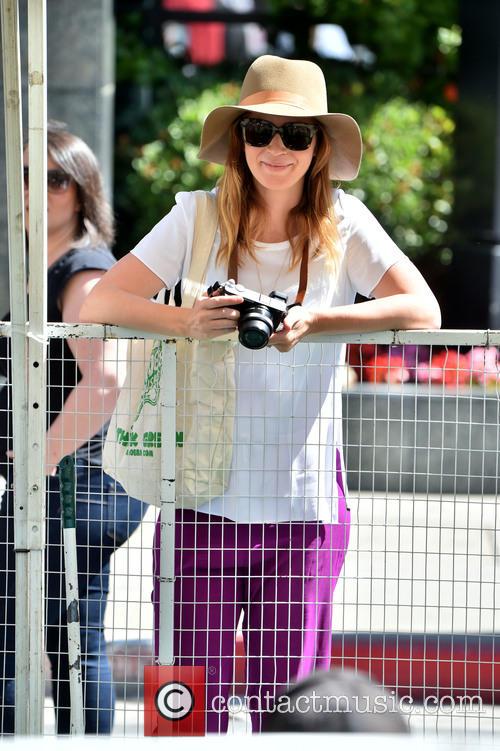 The 'Sicario' star continues her cinematic musical journey with the long-awaited sequel to 'Mary Poppins', having first showed off her pipes in the adaptation of the Stephen Sondheim musical 'Into the Woods' in 2014. Now she's thrilled to get to make this iconic character her own, and she's certain her daughters will be too.

'It is my dream', Emily told E! News in an interview. 'She's such an iconic nostalgic figure for people. So it's a gift to give to my kids that I get to be this generation's Mary Poppins.' She has two children of her own with husband John Krasinski, both daughters, called Hazel and Violet who are aged 2 years and 3 months respectively.

The actress gets to start bringing the character to life in November when rehearsals begin, and it's safe to say she's super excited. 'I'm learning the songs. We did an incredible workshop of the script a few weeks back', she said. 'It's so heart racing, so exciting. It's a completely different re-imagining of the whole thing. And I'm scared and thrilled to be in it and it's cool.'

'Mary Poppins Returns' has an Academy Award nominated team behind it with direction from Rob Marshall ('Into the Woods', 'Chicago') and a screenplay by David Magee ('Life of Pi', 'Finding Neverland'). The story is a sequel to the 1964 5-time Oscar winning movie 'Mary Poppins' starring Dick Van Dyke and Julie Andrews, which was inspired by the P.L. Travers books. You'll probably remember a film exploring how Walt Disney acquired the rights to the story; 2013's 'Saving Mr. Banks' starring Emma Thompson and Tom Hanks.

Van Dyke and Andrews have both been rumoured to make cameo appearances in the movie, while the main cast will feature Meryl Streep as Mary Poppins' kooky cousin Topsy, Lin-Manuel Miranda as a street lamplighter called Jack, Ben Whishaw as the now grown-up Michael Banks and Emily Mortimer as the elder Jane Banks.

'Mary Poppins Returns' is expected to hit US theatres on Christmas Day 2018. Meanwhile, Emily is currently promoting her latest film 'Girl On The Train', based on the best-selling 2015 novel by Paula Hawkins, which arrives in theatres this weekend.