Emily Blunt has been learning martial arts and shooting skills for her new action movie, 'All You Need Is Kill'. 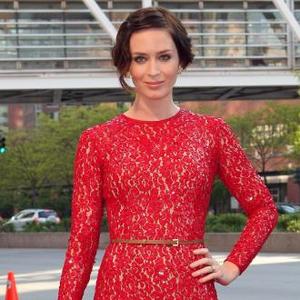 Emily Blunt has been learning martial arts for her new movie.

The actress is co-starring with Tom Cruise in the futuristic military thriller 'All You Need Is Kill' and she has been perfecting her kung-fu skills to prepare for her role, as well as going out on the shooting range.

She told the Daily Mail newspaper: ''I play an arse-kicking sergeant-major. She really knows how to lock and load. She's not very ladylike, but she's a damn good soldier.''

And No Doubt Emily is loving every moment of shooting the film as she recently revealed she would love to do an action film and perform her own stunts.

The 'Devil Wears Prada' actress said: ''The only thing I haven't done is hang from a building, which I'd quite like to do at some point. Or some wire work - something more actiony.''

However, she also revealed she is ready to take a break from acting.

She said: ''Now that I've been doing it for a long time I don't have the desire to be on a film set all the time. I've already got three-movies coming out this year and I feel already that it's a Blunt overload.

''As Marlon Brando said, you've only got so many faces, so don't run out too quick.''