Emily Blunt wishes she had gone to university so she could have had some time to grow as an individual. 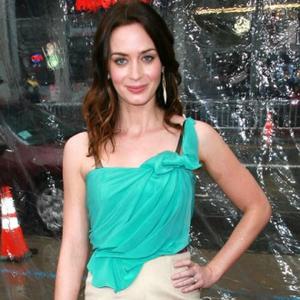 The British actress - who landed her first movie role in 'Boudica' aged 20 - thinks by skipping higher education she missed out on the chance to learn about life and make mistakes away from the public eye.

She said: "I just wish I'd had that experience and that time to really mess up, and to be around fellow people who had no idea that they were throwing caution to the wind."

The 28-year-old screen beauty - who is married to actor John Krasinski and was previously engaged to Michael Buble - admits she has made bad decisions trying to keep up with other stars, and is grateful to have settled down with someone who makes her feel fulfilled.

She added in an interview with The Times newspaper: "When you're attempting to grow up at an accelerated rate, in order to have some kind of acceptance among your peers, I think you're dancing as fast as you can sometimes.

"I feel like I've been on a big learning curve. I've messed up and I've arrived out the other end.

"And I'm lucky to have ended up with John and to realise that relationships don't have to be an endurance test.

"I feel personally fulfilled right now, and lucky enough to have in John someone who is truly comfortable in his own skin and truly knows who he is."