Emily Blunt for The Girl on the Train

Emily Blunt has reportedly entered into talks to star in Dreamworks' 'The Girl on the Train' based on the novel by Paula Hawkins. 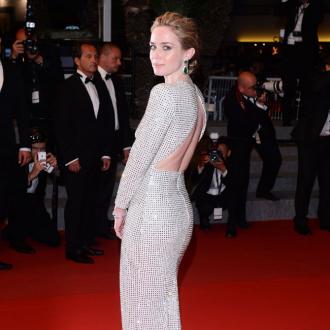 Emily Blunt is in talks to star in 'The Girl on the Train'.

The 32-year-old actress has entered into negotiations with Dreamworks to star in the movie adaptation of Paula Hawkins' bestselling novel, according to The Wrap.

The story centres around an alcoholic divorcée named Rachel, who finds herself embroiled in a mystery after watching a young couple in their home as she commutes to work on the train each day.

'House of Cards' actress Kate Mara has also been tipped for the other female lead.

Tate Taylor will direct the film while Erin Cressida has penned the script.

The brunette beauty is currently starring with Charlize Theron and Chris Hemsworth in 'The Huntsman' and has also reportedly been asked to return to 'Gnomeo & Juliet' in the new sequel 'Gnomeo & Juliet: Sherlock Gnomes'.

The 'Devil Wears Prada' star - who voiced Juliet in the first film in 2011, alongside James McAvoy [Gnomeo] - is wanted for a part in the new 3D computer-animated romantic comedy film based on William Shakespeare's play 'Romeo and Juliet'.