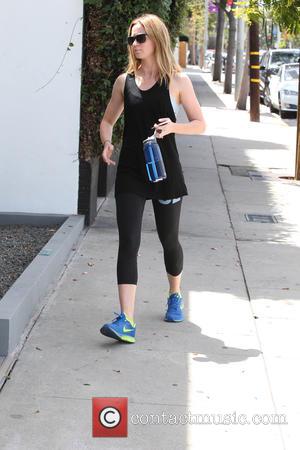 The Devil Wears Prada star was accompanied by her husband as she attended an oath ceremony at the U.S. Court House in Los Angeles on Tuesday (04Aug15), and they weren't the only celebrities there - Matthew MCConaughey was present to support his Brazilian wife, Camila Alves, as she was sworn in as an American, too.

The two couples were photographed leaving the courthouse together after the event.

Blunt and Krasinski, who wed in 2010, have yet to comment on the news, but MCConaughey and his spouse have been celebrating with fans online.

The Dallas Buyers Club star shared a snap of himself with Alves and their three children inside the court room on his WhoSay page, alongside the caption, "congratulations Camila on getting your U.S. citizenship today - another fellow and great American."

Model and designer Alves shared the same snap on her Twitter account, adding, "Happy to say I now hold an American passport! I have so much respect and appreciation for this country."