Blunt, who has recently become a mother for the second time, spoke about her 'The Girl On The Train' character Rachel and what playing that role taught her.

Emily Blunt has spoken out against a “mummy cult” she believes puts untoward pressure on new mothers, and argued that women in general need to be less judgmental of each other when it comes to family life.

The 33 year old – who is married to fellow movie star John Krasinski and recently became a mother to her second daughter in July this year – was speaking at the London premiere of her new film The Girl On the Train on Wednesday night (September 21st). 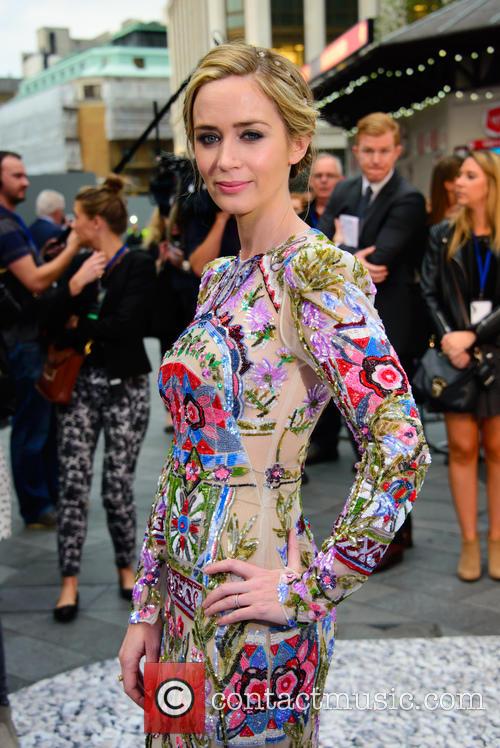 Emily Blunt at the premiere of 'The Girl On The Train'

“I think there is a huge societal pressure on women when it comes to motherhood, this sort of mummy cult that goes on,” Blunt said. “I think it sort of makes women feel that they have to be a bit defensive about the choices that they make.”

In her new film, Blunt plays the role of Rachel, a recently unemployed and divorced alcoholic whose spiral of nihilism begins with the failure of IVF treatment with her then-husband Tom – who is now re-married and has become a father with his new wife.

Describing her character, she said it was an interesting role to play considering that most female characters tended to fit in neat pigeonholes.

“It’s so unusual to have your lead protagonist be female and a blackout drunk,” she said. “Women are often required to be an ideal of some description: pretty or likeable or witty. But with this character you feel you just don’t want to breathe the same air as her. And that sort of toxic persona, physically and mentally, I’d never explored before.”

Speaking about what the experience of playing Rachel taught her, Blunt admitted that women who have families are often judgmental of those who don’t – but that this was also the fault of wider society in general.

“Women are sometimes made to feel to be rather defensive about their decisions,” she continued, “and I don’t think that’s right. Nobody knows the ins and outs of decisions and we can’t be too harsh about them.”

More: Emily Blunt and John Krasinski welcome their second daughter into the world