Blunt Wracked With Nerves Ahead Of Sex Scenes With Hanks 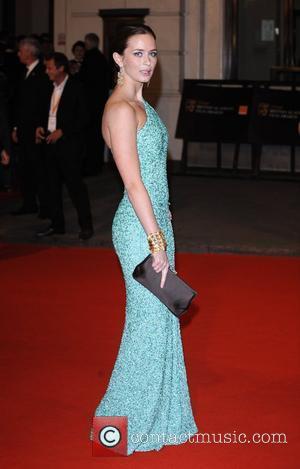 Actress Emily Blunt was embarrassed to bare all in front of Tom Hanks for intimate scenes in their new film Charlie Wilson'S WAR - because he's old enough to be her father. Hanks, 51, plays womanising U.S. congressman Charlie Wilson in the political drama, while the Devil Wears Prada star, 24, portrays one of his love interests. But Blunt admits she was put at ease by Hanks' charm once the cameras started rolling. She says, "It was surreal! And embarrassing, always, because it's just you with your tits hanging out, and you have to hope that the lighting's nice. "But (Hanks) is such a gentleman. Maybe it was weird for him too, because... I could be his daughter. And I'm friends with his son - I did Buck Howard with Colin (Hanks' first child with late producer Samantha Lewes). "And also because Tom Hanks is not known for these kind of scenes, for being that kind of guy - and Charlie Wilson was a massive player, he was really promiscuous. Tom was so really good at that. He's really sexy! I promise you. He just made it effortless, to do those scenes. And he was very protective of me. And he's a gent."