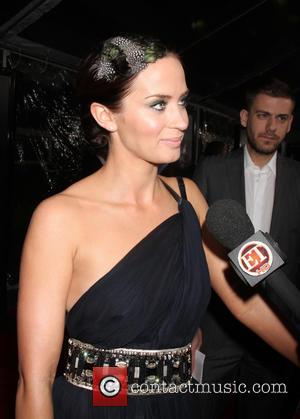 British actress Emily Blunt has vowed never to join the celebrity social networking craze on Twitter.com - because she refuses to "bore" her fans with useless updates about her everyday life.
The private Devil Wears Prada star can't understand why anyone would want to know about her daily routine and insists the micro-blogging site is simply "awful".
She tells People magazine, "Twitter (is) literally the most awful thing. It's mind-numbingly boring to hear about people's adventures at the gas station. I couldn't care less."
Blunt recently admitted to maintaining a "dual existence" in a bid to keep details about her relationship with actor fiance John Krasinski out of the tabloids.
She told PopEater.com, "You have to have a dual existence... You have the acting side of it and the business life... and then you have your private life and your downtime. You have to make that divide, and make it clear to you."