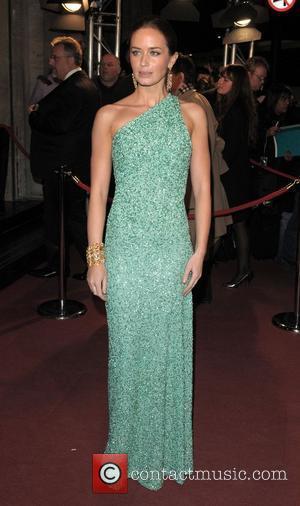 Golden Globe Award hopeful Emily Blunt is tired of being mistaken for singer/songwriter James Blunt's sister, who is also called Emily. The Devil Wears Prada star, who is nominated for a Best Supporting Actress honour at tonight's (15JAN07) Golden Globes, reveals even crewmembers on film sets ask her to help them secure free tickets to her 'brother's' concerts. She explains, "I'm just doing a film right now and a crew member came up and said, 'Can we get tickets for your brother's show?' I'm like, 'He's not my brother.'" Blunt, who dates Canadian crooner Michael Buble, admits she's not even a fan of her fellow Brit: "GOODBYE MY LOVER (Blunt song) is killing me slowly."