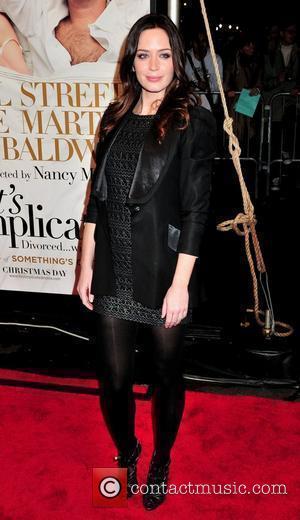 British actress Emily Blunt was involved in a minor car accident on Wednesday (06Jan10), when she reversed into a curb while driving in California.
The Devil Wears Prada star was unharmed in the incident, but admits her ego suffered some damage.
She says, "Driving on the other side of the road is a big change and I managed to convince myself I can. I actually managed to crash my Prius yesterday (Wednesday)...
"I was reversing out and there was a big drop and the curb on the driveway... and there was a horrific crunch... I crashed into the curb."
But Blunt blames unfamiliar American driving rules for partly causing the crash, adding: "I don't know what it is. I feel like my vision is off looking over the different shoulder."