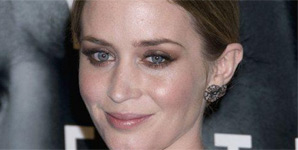 You worked a lot on your dance moves for this film.
I did work quite a lot on the moves. It was interesting to start out because I never had any previous dance experience. It was terrifying and really embarrassing to do something every day that you're horrible at and you're surrounded by brilliant dancers. I think when I first came in they were all looking at me like, "Oh, here's some actress who thinks she can do what we do" and they were tough on me. It was tough love and I think that is what I needed. It's extraordinary because when you get through the first month - I had about eight weeks solid dancing before I started shooting. But when you get over that first month it starts to feel more organic and doesn't feel so alien. But the training is an endurance test. These dancers are athletes.

What interested you in the script?
I felt like it was a fresh take on a romance and a love story. I thought the dialogue between the two people felt alive and not like I'd seen in another movie. It had sort of a contemporary, unique feel, and I also liked the female role. She wasn't a pushover; she wasn't simply the reactionary part to the male lead. I have no interest in playing the girlfriend roles. I really liked the character - I thought she was forthright, independent and complex. There was something really enigmatic about the character and [I liked] the challenge of being a dancer. Matt was also a huge draw for me. I've watched him for years and adored everything that he does.

Let's talk about the dialogue. The two characters are not afraid of the feelings that they have, but they don't postpone their lives for love like in many Hollywood movies. That brings a lot of chemistry between the two of them, how did you create that? Is that something you talked about beforehand?
We talked about it and it was important for us to find a chemistry that represented a secret language between two people. I think that's what people have when they're in love; it's like a weird secret language and a connection that goes back years before they actually meet. I do believe in that. Honestly, chemistry with a co-star is a very ethereal, strange thing. You either have it or you don't and thank God we did. Apparently people seem to like it and I think with Matt a lot of our chemistry came from humour. We genuinely like each other. He makes me pee my pants laughing. I think that that really helped us out because we are very similar, we find the same things funny and we think and work in the same way.

How much of the bathroom scene when you first met was improvised?
We really worked on that scene a lot. We spent all day on it, to be honest. It morphed into different things throughout the day. We'd start out with it being completely scripted and as the day wore on we started to feel like we were getting a bit stale with it, so we would throw in new ideas. The great thing about having George as a writer is he's very capable of rewriting something quickly. He's not threatened by it. "Yeah, try it, but maybe say it like this." He's a smart, eloquent guy, so he's able to capture what we're trying to say in a more succinct way, but a lot of the stuff in the bathroom and on the bus was improvised.

Have you ever crashed a wedding in real life?
No. I would never want to. A lot of weddings are boring.

Was it explained enough in the movie?
No, I don't think so, but who cares? I think she just felt like it. She's one of these spontaneous, reckless people and I think they wanted to create the most unlikely situation romantically [for these two people] - to actually fall for someone in a men's bathroom, which I guarantee stinks of urine, is pretty fun. I think it was more to create a backdrop that's surreal.

Have you ever had an instant attraction to somebody like you do in this film? Have you fallen in love?
Do you mean when you first meet someone? I think it depends on the person. I don't feel I've ever been in the experience of being led by the head. I'm probably a hopeless romantic in that way. I'm not sure if I quite believe in love at first sight, because someone can look amazing, but then they could be [dumb], so that ruins it; now I'm out of love. I believe in an instantaneous connection, I believe your heart skips a beat; I believe that is very unique. But Matt was saying that he saw his wife from across the bar and bang! The lights changed, and he was like, "That's it." So he's probably more of a romantic than me because he believes in love at first sight.

You're more pragmatic.
[laughs] Cynical! But I do believe after a few sentences you're like, "Oh, great."

Did you feel like that with John [Krasinski]?
I would say it was a very instantaneous connection.

How did your body adapt to your training, and have you retained any of that knowledge since?
I don't think so, thanks to pizza. We shot the dance scenes over four intensive days. Everyone had ice packs, and the physio was there clicking everybody back into shape. It was like a war scene with all these dancers laid out on the floor because it was exhausting. It was four full days of dance and I've never been so drained in my life. But at the same time, when it was over, I cried and cried saying goodbye to them because we'd gone on this accelerated journey of doing the most intimidating thing that I've ever had to do. They were so sweet to me at the end and said such lovely things. I was like a mess. For me, it was really hard to say goodbye to those guys.

What are you doing next?
The next movie I'm doing is called Looper with Joseph Gordon-Levitt and Bruce Willis with Rian Johnson directing. It's really amazing, and I can't wait to start. I start in a couple of weeks thus my blonde hair.

The Adjustment Bureau is out on Blu-ray Triple Play and DVD on July 4th, starring Oscar winner Matt Damon and Emily Blunt. 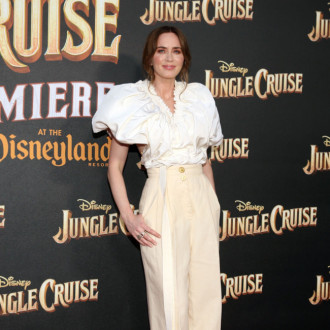 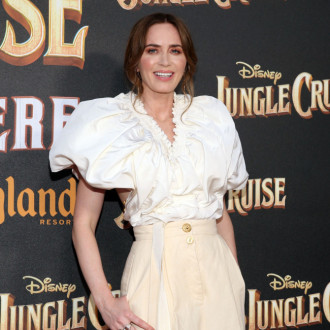