The ‘Game of Thrones’ actress has given some hope to Jon Snow’s legions of fans.

Spoiler alert! ‘Game of Thrones’ actress Emilia Clarke has said she’s going to be in so much trouble  after she hinted that it might not be the end for Jon Snow after all. During an interview with MTV to promote her new movie Terminator: Genisys, the actress gave her own fan theory on the fate of Snow, saying she believes there’s a 50/50 chance he could come back. 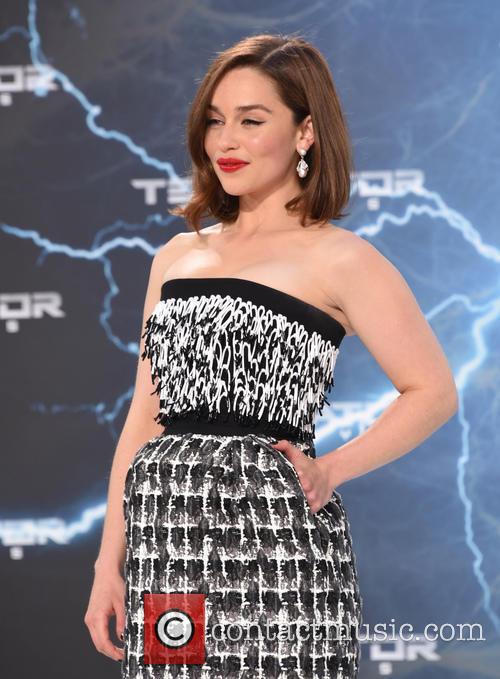 Emilia Clarke has given her thoughts on Jon Snow’s fate.

Speaking about life after season five’s shocking finale, Clarke said she has no idea what’s going to happen and if Jon Snow is actually gone for good. “If I have to bet, I’d say it’s a 50/50 chance,” Clarke said. ”I mean, there's some helpful people there who could bring him on back to life. But if [his death] means that I'm that much closer to getting to the Throne, then hey, okay.”

The actress also revealed that she didn't know what was going to happen in the episode until she watched it on tv like everyone else. “I cried and I called David and Dan and I took Kit [Harington] out for numerous drinks and was like “what the – you’re leaving me? You’re abandoning us?”

But Clarke soon released that her comments may have given a little too much hope to some fans and could even have got her in trouble with the show’s producers. Speaking to E! News, Clarke later tried to backtrack a little on her earlier comments and clarify exactly what she had meant.

"I'm going to get in so much trouble!” the actress said. “What I’m trying to say is I’m hopeful. Everyone I've spoken to is like, “We don't believe that he's dead. And I'm like, oh, interesting. I would also like to believe that because I think it's wicked and I shouted at them already for already killing him!”

“I mean, technically he is dead, but if you can kill someone you can..” Clarke continued before trailing off and adding, “It’s going to be fine.” We hope so too Emilia. Aside from her work on ‘Game of Thrones’ the 28 year old is currently starring as Sarah Connor in Terminator: Genisys opposite Arnold Schwarzenegger, which opens in US cinemas today (July 1st).