The British actress, who plays the exiled Daenerys Targaryen in the HBO favourite, slammed the lack of "subtlety" in on-screen sex scenes.

She may have made her name by portraying Daenerys Targaryen, a role which has required her to appear naked several times on screen, but Emilia Clarke has spoken out against the amount of “gratuitous” nudity on TV, saying that she “can’t stand” sex scenes.

Two years ago, the 28 year old actress was reported to have told ‘Game of Thrones’ producers that she no longer wanted to appear in such scenes, even though a significant part of the HBO show’s reputation is built upon explicit scenes – sexual, violent or otherwise.

Speaking to the Daily Mail, Clarke said: “Most sex scenes you see in films or on TV are gratuitous and they’re usually just to attract an audience. I’m British, so I cringe at that sort of thing anyway — I can’t stand it.” 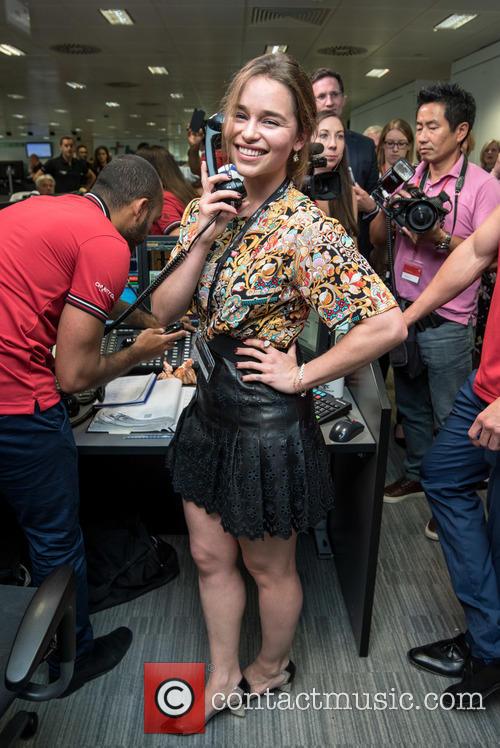 Born and raised in Berkshire, England, the actress has been seen in ‘GoT’ without clothes on many occasions, including nursing dragons and rising from the flames, argues for a greater degree of subtlety. “I don’t want to have sex thrown in my face and I’ve always thought the suggestion is so much more titillating than the act itself,” adding “on screen, the subtler the better.”

Oona Chaplin, one of Clarke’s co-stars, told The Telegraph in 2013: “One of the girls in the show who got her kit off the most in the first couple of seasons now doesn’t at all because she said, 'I want to be known for my acting not for my breasts'.” Earlier this year, Clarke admitted that she had turned down the role of Anastasia Steele in Fifty Shades of Grey for the same reason, as well as a fear of getting “stuck in a pigeonhole”.

Despite her objections to the nudity on the show, she has praised ‘Game of Thrones’ for its large number of strong female characters. “I think that's the beauty of the show: as women, we accept our femininity and take strength from it, as opposed to trying to hide it and behave in a masculine way,” she said after the fifth season wrapped.