Emilia Clarke thought her stunts in 'Terminator Genisys' would be computer-generated until she began filming. 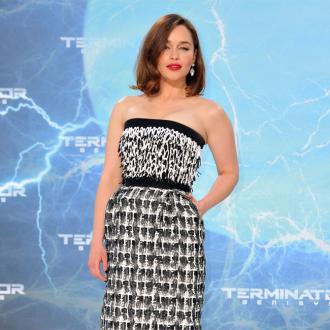 Emilia Clarke didn't realise she'd have to do her own action scenes in 'Terminator Genisys'.

The 28-year-old actress portrays Sarah Connor in the latest installment of the futuristic franchise and she admits that until she started filming, she had always assumed the most explosive movie footage was computer generated.

She said: ''I'm gonna sound like an idiot, but when you're watching an action movie and you're like, 'Oh cool, special effects.'

''Then you're doing it and you're like, 'Oh. I actually run. I actually fire the guns and I run, brilliant, OK, I should probably get better at running.' I did a fair few of the stunts.''

The 'Game of Thrones' star found herself better suited to some stunts than others.

She said: ''My driving is pretty reckless anyway so the whole crashing every single vehicle I got into was apt, it made sense.''

And the British beauty enjoyed getting to be a ''badass'' with weaponry.

Speaking on 'The BBC Radio 1 Breakfast Show with Nick Grimshaw', she said: ''The most badass thing I did was fire a grenade launcher, it was very loud.''

'Terminator Genisys' also features original star Arnold Schwarzenegger and though Emilia admits the whole cast were very nervous about meeting him, the tension soon dissolved as he was such a nice guy.

She said: ''He's really funny and doesn't take anything seriously, he was a joy to have on set.

''Before he walked in the room everyone was tense and quiet and you could hear a pin drop and then he walked in and was brilliant and relaxed and calm and lovely and kind and funny and you're like 'Oh this is brilliant, he's not scary at all.' ''