The actress has once again spoken out about the lack of male nudity on ‘Game of Thrones’, asking for the show to ‘free the penis!’

‘Game of Thrones’ star Emilia Clarke has made it clear that she wants to see more male nudity on the HBO show and she’s not giving up yet. Earlier this month Clarke made headlines by saying she wanted to see more penises on ‘Game of Thrones’ and during her appearance on Conan O’Brien’s show earlier this week she once again called for her male co-stars to get naked. 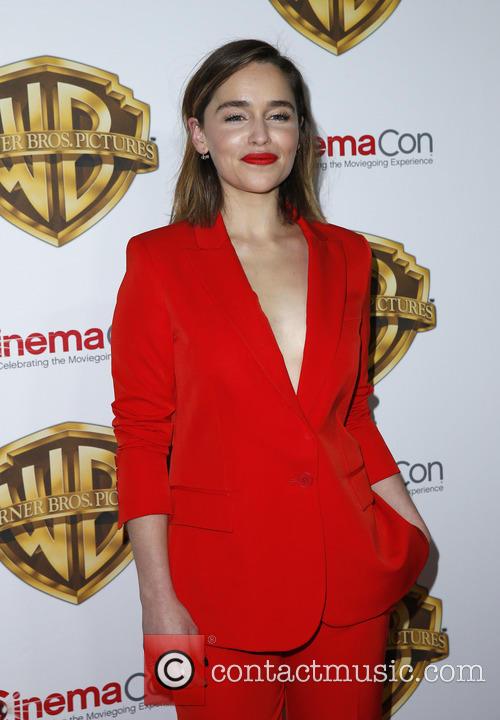 Emilia Clarke still wants to see more penises on ‘GOT’.

During an interview with Glamour magazine a few weeks ago Clarke was asked what she’d like to see happen if she was writing the series. “Bring back all the pretty boys,” Clarke said. “Get them to take their trousers down, and be like, ‘I'm now the queen of everything! I'd like close-ups of all the boys' penises, please.’”

Then, while appearing on Thursday’s edition of ‘Conan’, Clarke was quizzed again about her feelings regarding male nudity. "Full disclosure, my mum really told me off for saying that," Clarke said of her comments to Glamour.

Clarke herself is no stranger to having to get naked, not just on screen, but for magazine shoots as well. The 29-year-old recently appeared on the cover of Esquire magazine wearing nothing but a bed sheet.

When asked about the sexy shoot during an appearance on 'The Ellen DeGeneres Show' Clarke said:"That was a funny shoot… Doing those kind of sex scenes on camera is one thing, but doing it as yourself. I need alcohol to do it"

"That's what I needed,” she added, “They just kept giving me vodka, and I’d be like, 'I'm just gonna keep the sheet up [to cover myself].'"