Emilia Clarke has compared the levels of sexism in Hollywood and the wider entertainment industry as “like dealing with racism” in a new interview.

The British star, a long-time cast member of ‘Game of Thrones’ and with a part in the upcoming Han Solo Star Wars spin-off movie, spoke to Rolling Stone magazine about how accustomed she has become to being treated differently, in both film and television, because she’s a woman.

“I feel so naive for saying it, but it's like dealing with racism,” she explained. “You're aware of it, but one day, you go, 'Oh, my God, it's everywhere!’” 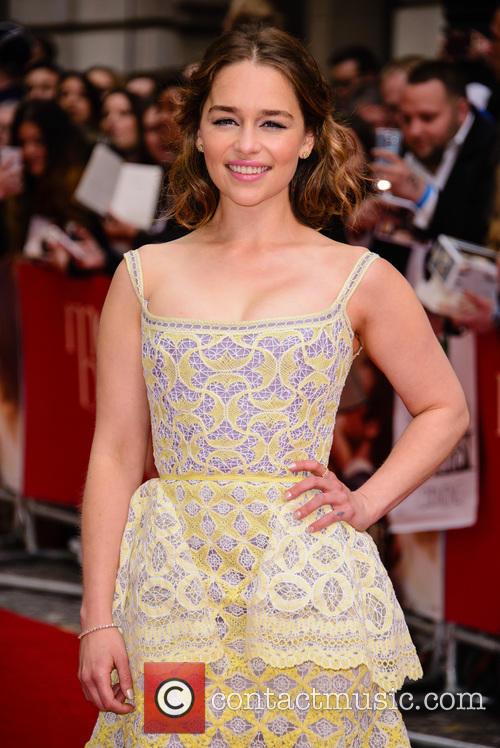 Emilia Clarke compared sexism in Hollywood as like "dealing with racism"

She made the comments after saying that she’s regularly the only woman on sets, and that female stars often have fewer lines than the male actors and that they have to spend much more time in hair and make-up studios before takes than the guys.

“You suddenly wake up to it and you go, 'Wait a second, are you...?are you treating me different because I've got a pair of [breasts]? Is that actually happening?' It took me a really long time to see that I do get treated differently. But I look around, and that's my daily life.”

30 year old Clarke has regularly defended ‘Game of Thrones’, the HBO series that made her a star, from accusations of sexism and misogyny. She has said that the frequent nude scenes she features in should not preclude her from standing up for feminist issues.

“It doesn't stop me from being a feminist,” she said in the new interview, addressing the subject again. “Like, guess what? Yes, I've got mascara on, and I also have a high IQ, so those two things can be one and the same.”

Clarke also said that her long-term ambition in the industry is to start a company that empowers women.

“I would love to start a production company that was just full of nice, funny women,” she said, saying the ethos of the company would be: “’Yeah, I've got a pair of [breasts], and aren't they lovely? Aren't they great? You do too! They're great, you're in the club.'”

More: ‘Game of Thrones’ cast singing ‘I Will Survive’ is the most gleefully ironic thing ever