Emilia Clarke - who is now dating Jai Courtney - has revealed her career stopped her from having a meaningful relationship for some time. 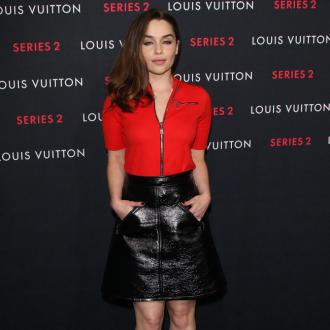 The 28-year-old actress is reportedly dating Australian actor Jai Courtney - who she met on the set of 'Terminator Genisys' - and she is seemingly delighted to be in a relationship that works.

The 'Game of Thrones' beauty has admitted she previously found it almost ''impossible'' to have a meaningful romance because of the pressures and hectic schedule of her job.

In an interview with the new issue of Marie Claire magazine, she said: ''I kept thinking that for clarity of mind, I had to be in one place. And then I just realised that's not how this life is going to work. It makes (romantic relationships) absolutely impossible. I'm soppy and I do like to believe that when the right person comes along, it will work, because you want to make it work. Everyone else seems to manage it.''

Just as Emilia has got over her relationship concerns, the screen beauty has also got over her penchant for searching for her name on Google - something that she believes can only ever end badly.

She said: ''I remember when everything first kicked off, I Googled myself. You just do, it's instinct. But never again.

Emilia - who turned down the lead role in 'Fifty Shades of Grey' because of the nudity - takes over as Sarah Connor in the latest addition to the 'Terminator' Franchise.