Actress Emilia Clarke May Have Convinced Game Of Thrones Co-star Michiel Huisman To Sell His Dream Home In New Orleans, Louisiana After Revealing The Place Is Haunted During A Tv Chat. 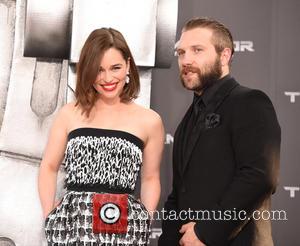 Clarke rented her pal's house while she was shooting Terminator Genisys in the city and quickly realised she wasn't alone there, despite Huisman's guarantee that his place was spook free.

Appearing on U.S. late-night show Jimmy Kimmel Live! on Monday (29Jun15), Clarke said, "It was definitely, definitely haunted, like, 100 per cent... You know it's haunted because the air's really thick and it feels kind of, like, super humid. You could hear, like, slamming doors and all this freaky stuff.

"I was actually renting it from my very good friend Michiel Huisman... and I was kinda saying how there were lots of places in New Orleans that were haunted and he was like, 'Yeah, my house isn't though', so this might be the first moment that he really knows.