British Actress Emilia Clarke Learned How To Use A Gun For Her Role In New Movie Terminator Genisys. 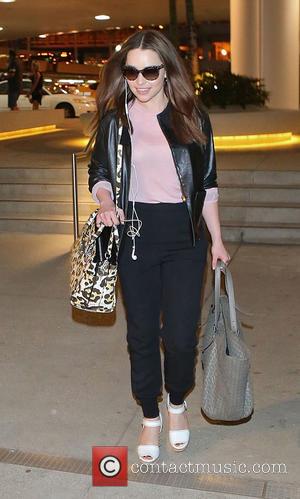 The Game of Thrones star, who plays a young version of Sarah Connor, the mother of rebel leader John Connor, in the latest installment of the futuristic franchise, insisted on becoming trained in weaponry as firearms are illegal in the U.K. and she had never even held one.

She tells Britain's The Sun newspaper, "I did a lot of training for the gun work because I felt very strongly that it was one of Sarah's really big calling cards. She had a gun thrust into her hands at the age of five... and I really wanted to get good at that. So I got adept at taking guns apart, putting them together again, cleaning, all of that cool stuff."

The movie, which stars Arnold Schwarzenegger reprising his most famous role, is due for release in the U.S. and U.K. in July (15).