Clarke is one of the star's of HBO's 'Game Of Thrones', and takes the title from Penelope Cruz.

‘Game Of Thrones’ star Emilia Clarke has been named as Esquire magazine’s Sexiest Woman Alive for 2015. The 28 year old English actor, who plays the white-haired Daenerys Targaryen – aka Khaleesi, aka Mother of Dragons – on the smash HBO series, is also the subject of a feature interview in the publication's new edition.

The magazine made the announcement early on Tuesday (October 13th). Benjamin Markovits, writing a feature interview for the publication, describes Clarke in the strapline for the piece as: “Friendly and fierce. Kid sister and killer. Movie star and girl next door.” Lisa Hintelmann, the editorial projects director for Esquire, said in a brief press release: “Emilia Clarke is unforgettable in 'Game of Thrones' and was hands down the number one choice of Esquire's staff, friends and family.” 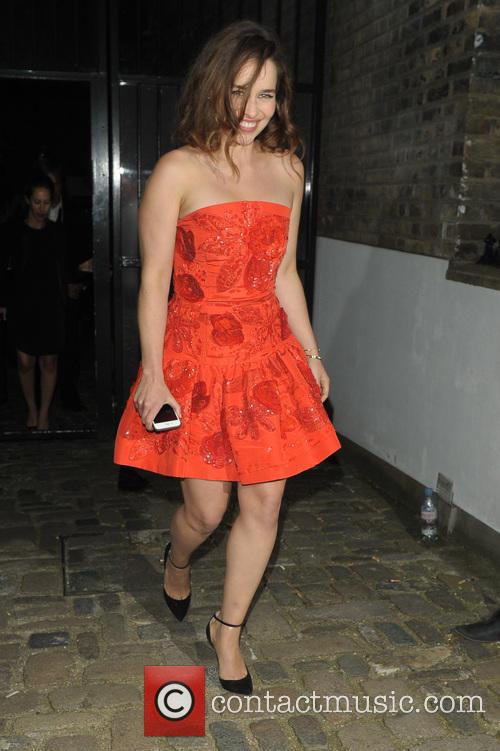 Clarke takes the title from Penelope Cruz in 2014, and is the first English woman to receive the award since Kate Beckinsale in 2009.

In the feature, the Londoner reveals how her father, himself a working class kid made good by starting out as a roadie and rising to sound specialist for big-budget musicals, advised her not to raise her expectations too high when she started out as an actress.

Having gone to boarding school and then studying drama in college, Clarke started out with a couple of brief roles on British daytime soap ‘Doctors’. Working multiple jobs, including one in a call centre, she landed her life-changing role on ‘Game of Thrones’ in 2011 when she was just 23, having to come to terms with a lot of nude scenes, even filming a rape sequence.

“Once, I had to take a little time out,” she said in reference to that, and how she’s grown and suffered with her character Daenerys. “I said I needed a cup of tea, had a bit of a cry, and was ready for the next scene.”

She's since starred as Sarah Connor in Terminator: Genisys and will feature in the upcoming drama movie Me Before You in 2016.