Emilia Clarke Based Game Of Thrones Role On Cate Blanchett

Emilia Clarke Based Her Role In Game Of Thrones On Fellow Actress Cate Blanchett. 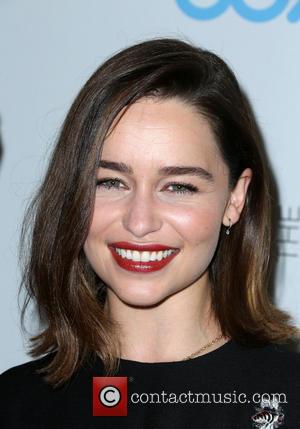 The British star, who plays Daenerys Targaryen, was convinced she would never land the part because the novels on which the show is based describe her character as tall and blonde, whereas she is "short and round and brown".

Emilia has now revealed she spent hours watching Cate's Oscar-winning movie Elizabeth in a bid to master the art of becoming strong, fair and "willowy".

"The role of (Daenerys) is tall and willowy and blonde, I'm short and round and brown," she tells Time magazine. "So they (Game of Thrones bosses) weren't, like, 'She can do that role, easy!'... (I sought inspiration from) many strong women... Cate Blanchett in Elizabeth was something (I) watched a lot in preparation for season one. And the fact that it's rooted in reality, to know I was able to replica (sic) a real, strong female leader."

Emilia goes on to reveal playing a strong warrior queen has changed her demeanour in real life: "Being associated with that kind of (role) allows you the space to fill a certain strength. Being able to play this strong girl, you can kind of take notes and see how I can apply that to my own life."

She also insists women should not allow themselves to be treated differently to men.

"I can see the cracks, and it's surprising and shocking and saddening that that is the case, that women are perceived differently, that people perceive there is a difference in how men and women should be treated, just simply in the way that it is," she adds.

"It seems to not be discussed. You just begin to see that you, as a girl, are treated differently, even when you're playing the Mother of Dragons."

Emilia has played Daenerys, who is known as the Mother of Dragons, in the show for five seasons and she is expected to return for the upcoming sixth series.

During her time off from the show, she has branched out into other roles, including starring opposite Arnold Schwarzenegger in blockbuster action reboot Terminator Genisys.