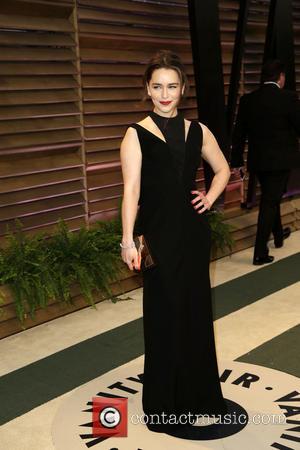 Emilia Clarke has given up her favourite foods and adopted a tough exercise regimen to prepare for her role in the new Terminator movie.

The Games of Thrones actress will play Sarah Connor in Terminator: Genesis alongside the franchise's original star Arnold Schwarzenegger, who will be reprising his robot role.

Filming begins in New Orleans, Louisiana next month (Apr14) and Clarke has been given strict orders to get in shape.

She has been banned from consuming wheat, sugar, caffeine or diary products and has to train every day.

Clarke tells U.K. Instyle magazine, "I've been spending all day every day, in weapons training. I've been shooting guns, weightlifting, kickboxing and generally kicking a lot of a**. On top of that, I have not been allowed to eat anything that might taste good at all."

During the interview, she observes the food on display and adds, "Everything on these plates looks amazing but, heartbreakingly, I'm not allowed to eat any of it. Not one thing on this table. Except a cup of tea. One cup of tea. No sugar. No cream."