Emeli Sande To Add An Ivor Novello To Her BRIT Collection?

Emeli Sande is among the nominees for two prizes at the Ivor Novello awards in May. 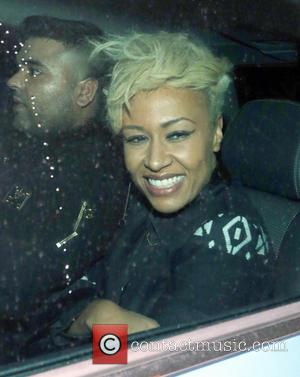 Emeli Sande may be adding to her growing list of accolades as she is newly nominated for two different awards at the 58th Ivor Novello awards.

Her UK number 2 hit 'Next To Me' is nominated for Best Song Musically and Lyrically as well as the Most Performed Work award. Competing in the former category is 'Laura' by Bat For Lashes and 'Two Fingers' by Jake Bugg while the latter category also sees nominations from Olly Murs' 'Dance With Me Tonight' and Coldplay's Paradise. Sande has previously received two Urban Music Awards, three BRIT, three MOBO awards and an ECHO Music Award among several others and she's definitely up for a chance in the Ivor Novellos as her nominated track was apparently the third most listened to track of 2012 - a pretty impressive achievement in itself, though not as impressive as the reception her number one debut album 'Our Version of Events' received!