Emeli Sande won three prizes at the MOBO Awards in Liverpool on Saturday (03.11.12) including Best Female and Best R&B and Soul. 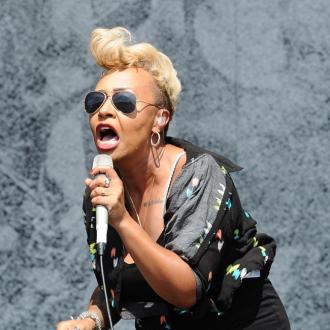 The 'Next To Me' singer was named Best Female and Best R&B and Soul artist and her LP 'Our Version of Events' was given the Best Album prize.

Speaking afterwards, she admitted she was stunned to pick up three awards.

She said: ''I really didn't expect to get three. I feel fantastic, I feel like all the hard work pays off when you get acknowledgement like this, so I'm very happy.''

Plan B won two awards at the Music of Black Origin event, including Best Male and Best Hip-Hop/Grime artist.

Boy band JLS took home the Best Video for their song 'Do You Feel What I Feel?', Rita Ora was named Best Newcomer and 'Starships' singer Nicki Minaj was given the Best International Act prize.

J.B. Gill from JLS said he thought music had changed considerably in recent years, with black artists getting recognition they deserved.

He told BBC News: ''A few years ago guys like Wiley and Dizzee Rascal might not have been recognised, now they're getting to number one. That's an incredible step for music of black origin and the Mobo Awards. They're definitely starting to put a lot of artists on the map.''