Emeli Sande opened the Closing Ceremony of the London Olympics tonight (12.08.12) with a cover of Professor Green's 'Read All About It'. 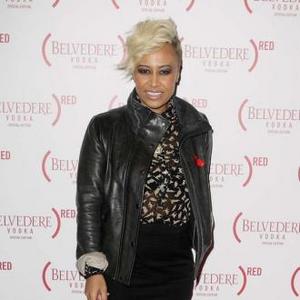 The British singer performed a cover of Professor Green's 'Read All About It' as she kicked off the hugely-anticipated event in the Olympic Stadium, in Stratford, east London.

Her performance was followed by a rendition from the cast of West End show 'Stomp' ahead of the official arrival of Britain's Prince Harry, who was attending in place of his grandmother, Queen Elizabeth.

1980s groups Madness and Pet Shop Boys sang their hits 'Our House' and 'West End Girls' respectively before boy band of the moment One Direction arrived to sing their smash 'What Makes You Beautiful'.

Ray Davies - former frontman of The Kinks' - then had the 80,000-strong crowd singing along to his classic 'Waterloo Sunset'.

Emeli then returned to the stage - which is a replica of London's main attractions - to finish off her version of 'Read All About It', while a montage of the most memorable moments from the London Games were shown on the big screen.

Following her performance, every flag from the competing nations were brought into the stadium, with Team GB's carried by gold medal-winning sailor Ben Ainslie, while all the athletes then made their way into the stunning venue.