Emeli Sande is iTunes' Artist of the Year 2012

Emeli Sande has been named iTunes' Artist of the Year in the UK, while her debut album, 'Our Version of Events' was the year's top selling record on the music download service. 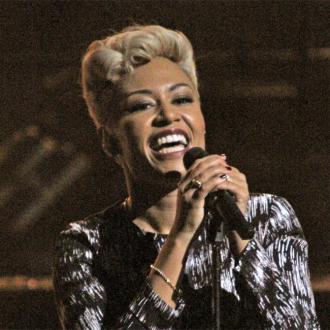 Emeli Sande has been named iTunes' Artist of the Year in the UK.

The Scottish singer and songwriter has had a great year - releasing her debut album, 'Our Version of Events' and appearing at both the Olympic Games opening and closing ceremonies in London - and has capped it off with the accolade from the music downloading service, as well it naming her album the year's top seller.

She said: To hear that I'm iTunes Artist of the Year and that Our Version of Events was the best-selling album on iTunes this year is just incredible.

''Thank you for all your support and making this year even more special.''

The service's Best of 2012 list also named Lianne La Havas' debut, 'Is Your Love Big Enough', as its Album Of The Year.

She said: ''Sending huge thanks to iTunes for naming 'Is Your Love Big Enough?' as album of the year 2012.''

Carly Rae Jepson's 'Call Me Maybe' was named Song of the Year, while Gotye's massive hit 'Somebody That I Used To Know (feat. Kimbra)' was the number one selling song on iTunes during 2012.