Emeli Sande and Plan B up for Ivor Novello awards

Emeli Sande, Plan B and Alt-J have been nominated for this year's Ivor Novello British songwriting awards. 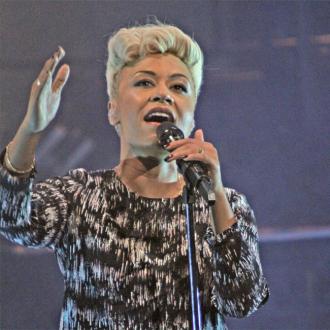 Emeli Sande, Plan B and Alt-J have been nominated for the 2013 Ivor Novello awards.

The nominations were announced this morning (17.04.13) and awards host Paul Gambaccini was quick to praise the nominees, saying Emeli Sande's nomination was ''inevitable, given her success over the last year''.

Speaking of Plan B, he exclusively added to BANG Showbiz: ''It's remarkable because it's the return of him, he did so well when he won multiple awards two years ago and yet he's back again. The composition of the jury changes too, so he must have impressed a whole different set of people''.

Indie band Alt-J received nominations in both the Best Album category for their debut 'An Awesome Wave' and Best Contemporary Song for their track 'Fitzpleasure'.

Songwriter Justin Parker - who won Best Contemporary Song last year for his track 'Video Games', written with Lana Del Rey - is looking for another win in the same category, as he is nominated for his work with Bat For Lashes on 'Laura'.

Speaking of Justin - who was also behind Rihanna's recent hit 'Stay' - Paul added: ''Last year he was present to accept for 'Video Games' and who could've dreamt he would've had an even bigger year the following year.

''Clearly, after that Lana Del Rey song he became a go-to guy for female songwriters''.

The awards will be held at Grosvenor House in London on May 16th.

PRS for Music Most Performed Work

'Dance With Me Tonight' - Olly Murs

'The Mystery of Edwin Drood' - Composed by John Lunn