Review of Target Single by Embrace 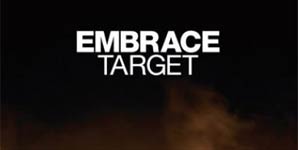 While there has been recent confusion with regards to the future of this Brighouse quintet (Danny McNamara was interpreted as saying the next album would be the last), the present sees the band kicking on from the lukewarm reaction to their track for the England football team. Their current tour of England will see them busy until October 23.

Despite "This New Day" having been released back in April, this is only the second original track to be lifted as a single - and it's a great choice as it's the best track on the album. Every positive aspect of the band is poured into a joyous track that features a gigantic anthem of a chorus and gorgeous sweeping strings. The optimism of the lyrics - "everything is possible, it's beautiful" - is matched by an uplifting melody that is irresistible.