Since finishing the cycle for their somewhat re-inventive fifth album, Embrace have been relatively low profile.  One of their projects has been their Secret Festival, which this year saw the quintet debut new material, which is the foundation for this limited availability release.

As Danny McNamara will reference during the course of proceedings, Yorkshire quintet Embrace headlined two outdoor shows at Leeds Millennium Square in 2005, before seemingly disappearing after the release of their fifth album the following year.  With their self-titled comeback album having charted in the top five, tonight's homecoming sits in the middle of a headline tour, while the summer months see them straddle the festival circuit.

Arriving onstage to a hero's welcome, the band begin with a trio of cuts from the latest record.  The older McNamara has never been the greatest live vocalist, but 'Protection' suits him while 'In The End' is a heavier prospect compared to the album counterpart after technical issues command a restart part way through.  Vocal duties are handed over to Richard McNamara for 'Refugees', which begins in timid fashion, but by the time the chorus kicks in the younger brother is unleashing an impressive  performance.  The track also prompts the crowd into an impromptu continuation of the hook after the track has ended, something repeated later with 'Follow You Home'; that marks a sure-fire festival favourite this year.

When a band has been on hiatus for the best part of a decade, it is natural that songs from the back catalogue be in demand. 'Nature's Law' is well received whilst the career-resurrecting 'Gravity' gains mass participation, but 'Come Back To What You Know' prompts such a sing-a-long that  McNamara simply mimes the lyrics whilst the audience take control. That a song released 16 years ago can prompt such a joyous reaction is quite remarkable, and the energy is nearly matched during 'Ashes' for which the crowd bounces relentlessly.  Fans of Embrace's debut 'The Good Will Out' album are further satisfied by outings of 'All You Good Good People' and 'That's All Changed Forever', before a dynamic 'A Thief On My Island' brings the main set to a dynamic conclusion.

After seemingly disappearing from the musical landscape after their third album, Yorkshire quintet Embrace made something of a surprise comeback with consecutive chart toppers in 2004 and 2006.  Most bands with such momentum wouldn't wait eight years for their next release, but that's exactly the case here.  The end of the hiatus will also see the band imminently hit the road for a headline tour, followed by summer festival appearances at T In The Park and V.

The two singles that have preceded this album have shown very different approaches from the Danny McNamara led group.  Whilst 'Follow You Home' was an excellent terrace anthem harking back to their earlier work, 'Refugees' stood out due to an unheralded synthesised sound which ultimately challenges what you think you know of the band.  Opener 'Protection' begins in murky fashion before opening into the type of large chorus for which Embrace are famed, before 'In The End' takes the attention with a New Order-inspired romp.  What comes next couldn't be any further from the soaring optimism of former hit 'Ashes'; 'I Run' is a sombre baring of the soul from the elder McNamara brother.  It is the most emotive vocal performance he has ever produced and is given an appropriate soundscape, climaxing to a vulnerable cry that wraps up a stunning song.

Heading back to the electronics, 'Quarters' is the band's attempt at a club anthem and, while it works better than expected, the shrill falsetto hook line of, "I'd never known another could have suffered like this" is a couple of steps too far in the wrong direction. 'At Once' is melancholic filler, but much better is 'Self Attack Mechanism', an electro-punk juggernaut that has much more attitude than has ever been displayed by the five-piece.  Also more than worthy of note is the closing track 'A Thief On My Island'; a colossal mixture of tender piano parts and thumping synthetic beats, but most of all a dejection that makes for powerful song-writing.  Sample lyrics, "there's no raising this wreck from the rubble/no escaping, your debts only double" should provide an indication that this is a darker Embrace than previously seen and they're all the better for it. This record contains some of the best material in their catalogue, with a brave change in musical direction paying off in the main. 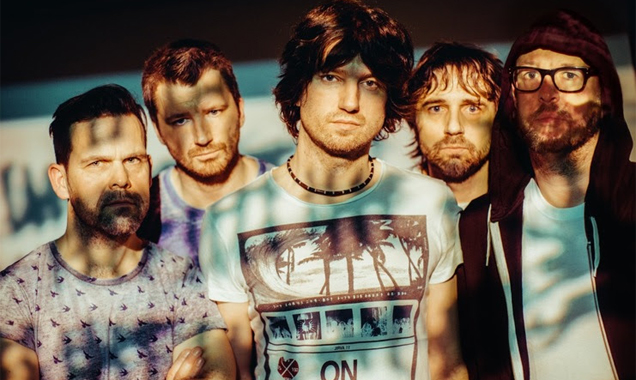 The arrival of Embrace's underwhelming third album in 2001 saw them consigned, in some quarters, to the musical scrapheap. That they subsequently produced two chart-topping records proved their star had yet to burn out, which makes the eight year hiatus they've been on puzzling to say the least.  However, they now return with an EP to preview their eponymous album, due for release on 28th April, which will be followed by a UK tour in May.

It becomes clear very early within 'Refugees' that the Embrace of 2014 are not the same outfit who were boosted by the Chris Martin penned 'Gravity' a decade ago. The trademark huge, soaring chorus is still very much present, but the reliance on piano melodies has been replaced by a backbone of electronic beats and sequencing. Until the end section, the vocals are in a previously unknown falsetto which isn't a bad thing but certainly takes time to get used to, whilst the climax sees a more familiar "woah woah" hook. It's an enjoyable tune overall and makes the new album an interesting prospect, although it does open up the possibility of alienating parts of their old fanbase, such is the change of style.

If the feature track is a step into new territory for the Yorkshire quintet, the supporting cast is a mammoth leap. The Embrace crate marked 'anthemic chorus hooks' is safely in storage as they produce a dark rock sound on 'Chameleon' that goes well beyond the dynamics of their early work, whilst a touch of The Editors can be heard in 'Decades'. Both are worth consideration even if neither are immediate in their impact and only 'Bullets' is readily discarded. As with 'Refugees', they point toward the new record being a potential unknown quantity, quite a feat for a band about to release their sixth album and not having previously had a reputation as revolutionists. 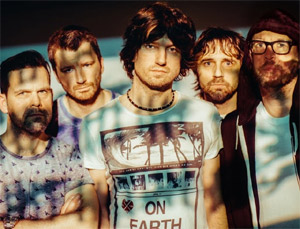 Embrace - Looking As You Are - Video Streams Video