Elvis Presley's Ex-wife Priscilla Has Banned Cheesy Impersonators Of The King From The New Graceland Wedding Chapel In Las Vegas Because She Doesn't Want The Venue To Become "A Joke". 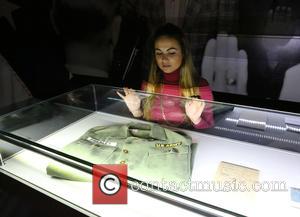 Priscilla Presley, who wed the rock icon in Sin City in 1967, is preparing to open the chapel as part of Graceland Presents ELVIS: The Exhibition - The Show - The Experience at the Westgate Las Vegas Resort and Casino on 23 April (15) and she is determined to keep it classy to honour her late love - so tacky imitators will not be allowed.

The permanent exhibit will be the first to feature hundreds of artefacts which have never before been seen outside Elvis' Graceland mansion in Memphis, Tennessee.

The singer performed hundreds of sold-out gigs at the Westgate location between 1969 and 1976, when it was known as the International Hotel and then the Las Vegas Hilton.