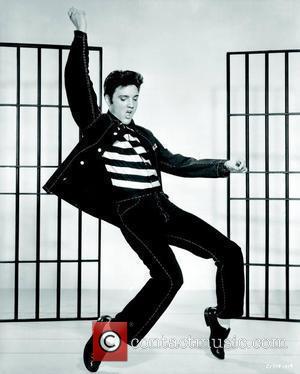 A macabre sale of surgical instruments used to embalm Elvis Presley's corpse will be held in the U.S. next month (Aug10).
The controversial auction will feature forceps, needle injectors, aneurysm hooks, an arterial tube, and lip brushes used to prepare The King's body for burial following his death in 1977.
It also includes rubber gloves, a comb, eye liner, and even a toe tag for identifying Presley's corpse in the morgue.
The memorabilia was kept by an unnamed senior embalmer at the Memphis Funeral Home where the rock and roll legend's body was stored prior to his funeral.
The sale is due to take place at Leslie Hindman Auctioneers in Chicago, Illinois on 12 August (10) and the items are expected to fetch a total of up to $14,000 (£9,300).
Mary Williams, a spokeswoman for the auction house, tells Reuters, "The mortician who prepared the body, retained this (toe) tag and the instruments, along with the preparation room case report, the case sheet, dry cleaning tags, the hanger to the singer's suit and tie, and the coffin shipping invoice, which are marked 'Elvis Presley'... (The sale is) really about owning a piece of the celebrity themselves - and how much closer can you get than the actual embalming instruments?"