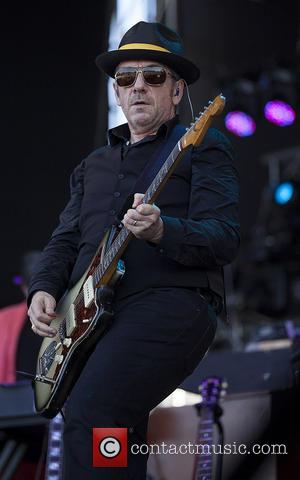 Rocker Elvis Costello performed a song he wrote in a day on Thursday night (05Jun14) when he stepped in to replace sick Lana Del Rey on America's The Late Show With David Letterman.

Costello was working on new tracks when he got the call to perform at the last minute and decided to try out one of the new tunes, The Last Year of My Youth, on the show.

It is not clear why Del Rey pulled out of the show but her European tour dates, which begin next week (13Jun14) are all still scheduled.

The singer, who recently performed at Kim Kardashian and Kanye West's pre-wedding party in France, recently told Fader magazine she has been struggling with a mystery illness for two years.

She says, "(I have this) medical anomaly that doctors couldn't figure out. That's a big part of my life: I just feel really sick a lot of the time and can't figure out why."