Vladimir Putin Reaches Out To Elton John With Phone Call

Russian President Vladimir Putin Has Reached Out To Sir Elton John To Discuss His Country's Tough Anti-gay Laws, Days After The Singer Pleaded With The Leader To Sit Down With Him. 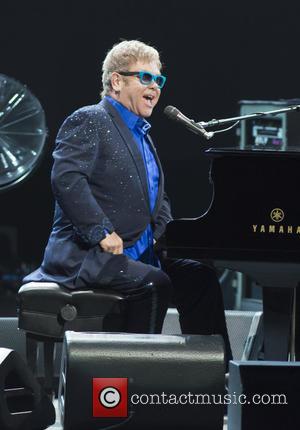 The openly-gay Rocket Man hitmaker tried and failed to score some time with Putin when he returned to the nation in November (14), a year after he defied protests to perform two concerts there in 2013 amid a storm of controversy over the country's new laws which bans the promotion of homosexuality to minors.

Instead, John used his 2014 show in St. Petersburg to hit out at the legislation, defiantly telling fans, "As a gay man, I've always felt so welcome here in Russia... If I'm not honest about who I am, I couldn't write this music. It's not gay propaganda. It's how I express life. If we start punishing people for that, the world will lose its humanity."

And on Saturday (12Sep15), the singer told the BBC that he still has hopes of meeting Putin to discuss the controversial issues, saying, "I'd love to meet him. I'd love to sit down with him and talk to him... At least if I meet him and say, 'Come on, let's have a cup of tea and talk about this', he may laugh behind my back and... call me an absolute idiot, but at least I can have a conscience and say I tried..."

Apparently Putin read John's interview with the BBC, and decided to take the first step by reaching out to the singer.

John took to Instagram.com on Monday (14Sep15) and posted a photo of Putin, along with the caption, "Thank-you to President Vladimir Putin for reaching out and speaking via telephone with me today. I look to forward to meeting with you face-to-face to discuss LGBT equality in Russia."