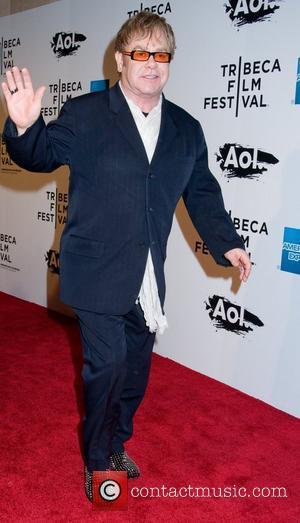 Sir Elton John has confirmed his son will have a Dna test to determine whether the singer or his partner David Furnish is the tot's biological father.
The couple welcomed baby Zachary over Christmas (10) with the help of a surrogate mother and the Rocket Man revealed they both contributed sperm samples to the fertilisation process.
They currently don't know which of them is the child's biological father, but Sir Elton has revealed Zachary will have to undergo testing for his medical records.
He says, "Zach will have to know for his medical records. If it's David, I'd be very proud. It wouldn't matter to me - and vice versa."
In an interview with U.S. news show 20/20, which aired in the U.S. on Friday (22Apr11), Sir Elton also revealed their surrogate mother sent them breast milk via courier during their first four months after his birth.
He told talk show veteran Barbara Walters, "The baby's been brought up in Los Angeles for the first four months so we've had the breast milk 'FedEx-ed' from where she (the surrogate mother) is to Los Angeles every day."