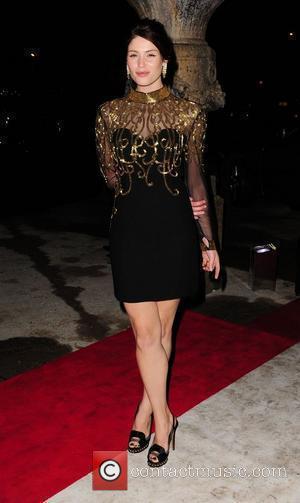 SIR Elton John took to the court with tennis stars including Andre Agassi and Steffi Graf on Monday (15Nov10) for a charity tournament in Washington, D.C.
The pop superstar, a longtime fan of the sport, showed off his ball skills by joining the former champions at the World Team Tennis Smash Hits at the city's American University to raise money for Elton John AIDS Foundation and the Washington AIDS Partnership.
He was also joined on court by Anna Kournikova and Jan-Michael Gambill who were part of 'Team Elton', taking on Billie Jean King's group, which included Martina Navratilova, Mark Philippoussis, Eric Butorac and and Rennae Stubbs.
Team Elton lost the overall event, but more than $500,000 (£333,333) was raised.