Sir Elton John has offered to throw a big bash for Robbie Williams' daughter, Theodora 'Teddy' Rose, in celebration of her first birthday and is hoping to make it a joint party for his two children Zachary and Elijah. 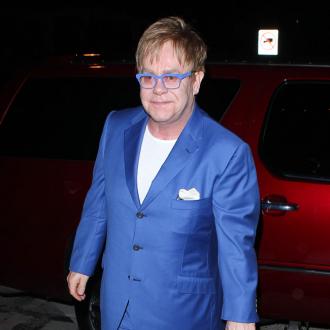 The 'Rocket Man' hitmaker is keen to host a big celebration in Los Angeles on September 18 for Theodora 'Teddy' Rose's first birthday and is also hoping to make it a joint bash for his two children Zachary, two, and seven-month-old son Elijah.

A source told The Sun newspaper: ''Rob and Elton have been good mates for years. Elton and David Furnish want it to be a joint bash for their two lads Zachary and Elijah. They are sparing no expense.

''The party's going to be at Elton's pad in Beverly Hills and there will be no shortage of other celebrity families.

''Adele and her boy Angelo are invited as well as Gary Barlow and his family.

''It will be typically extravagant, with plenty of surprises for the kids including clowns, bouncy castles and face painting.''

The 66-year-old musician - who was struck down with crippling appendicitis two months ago - is used to performing up to 100 concerts a year, but is planning to significantly reduce his workload next year when Zachary goes to school because he wants to be around to care for him.

He said previously: ''The great thing about small children is they're portable, so we take them everywhere, but when it comes to 2015, Zachary's going to school, and I want to be there to drop him off and pick him up. I don't want to just be the father who reads them a bedtime story.

''I want to be one of the dads in the playground, there for parents' evenings, sports day. I am so looking forward to it.''