Sir Elton John has implied Madonna will not be singing live during her forthcoming half-time show at the US Super Bowl by advising her to ''lip-sync good'' when she performs. 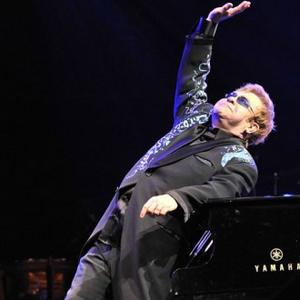 Sir Elton John has implied Madonna will not be singing live during her forthcoming half-time show at the US Super Bowl.

The music legend - whose husband David Furnish recently blasted the pop star-turned-film director for winning Best Original Song at the Golden Globes - suggested the 'Material Girl' hitmaker should "lip-synch good" when she sings at the event at the Lucas Oil Stadium in Indiana on February 5.

During an appearance on 'Good Morning America' Elton was asked if he had any advice for Madonna ahead of her performance, and he replied: "Make sure you lip-synch good."

The 64-year-old star went on to say he would never sing at a Super Bowl half-time show and he blasted the spectacle.

He added: "I've never seen a decent one. Never ever."

"Madonna winning Best Original Song truly shows how these awards have nothing to do with merit. Her acceptance speech was embarrassing in it's narcissism. And her critisism ofGaga shows how desperate she really is.(sic)"