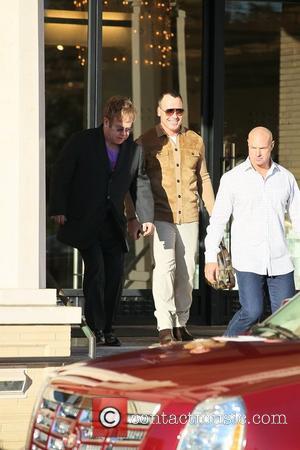 SIR Elton John doubled the number of his employees in the months before welcoming his first son, according to official accounts.
The singer had 22 members of staff working for him last year (10) as he readied for the arrival of little Zachary on Christmas Day (25Dec10) - and he paid out a staggering $1.95 million (£1.3 million) in wages.
According to accounts for William A Bong, the holding company for the star's U.K. business interests, the Rocket Man had a mere 14 employees - including chauffeurs, housekeepers and office assistants - in 2008.
The records also show Sir Elton has been a victim of Britain's weak currency - in the 12 months before March last year (10), he lost $425,700 (£283,800) simply changing his foreign income into pounds.