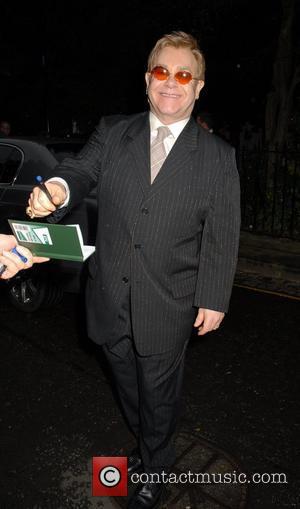 LATEST: SIR Elton John used his Hillary Clinton fundraising concert in New York to hit out at ex-U.S. President Ronald Reagan's failure to help AIDS sufferers.
The British rocker's gig at the Radio City Music Hall on Wednesday (9Apr08) helped to raise $2.5 million (GBP1.25 million) for Clinton's presidential campaign.
But as well as handing out praise to the senator and former first lady, John took a swipe at Reagan, who was in power during the AIDS epidemic of the 1980s.
Before performing The Ballad Of The Boy In The Red Shoes, he told the crowd, "This song is about a boy who as dying of AIDS. At that time Ronald Reagan was president, and the Reagan administration did nothing to help people with AIDS, and that is a disgrace."